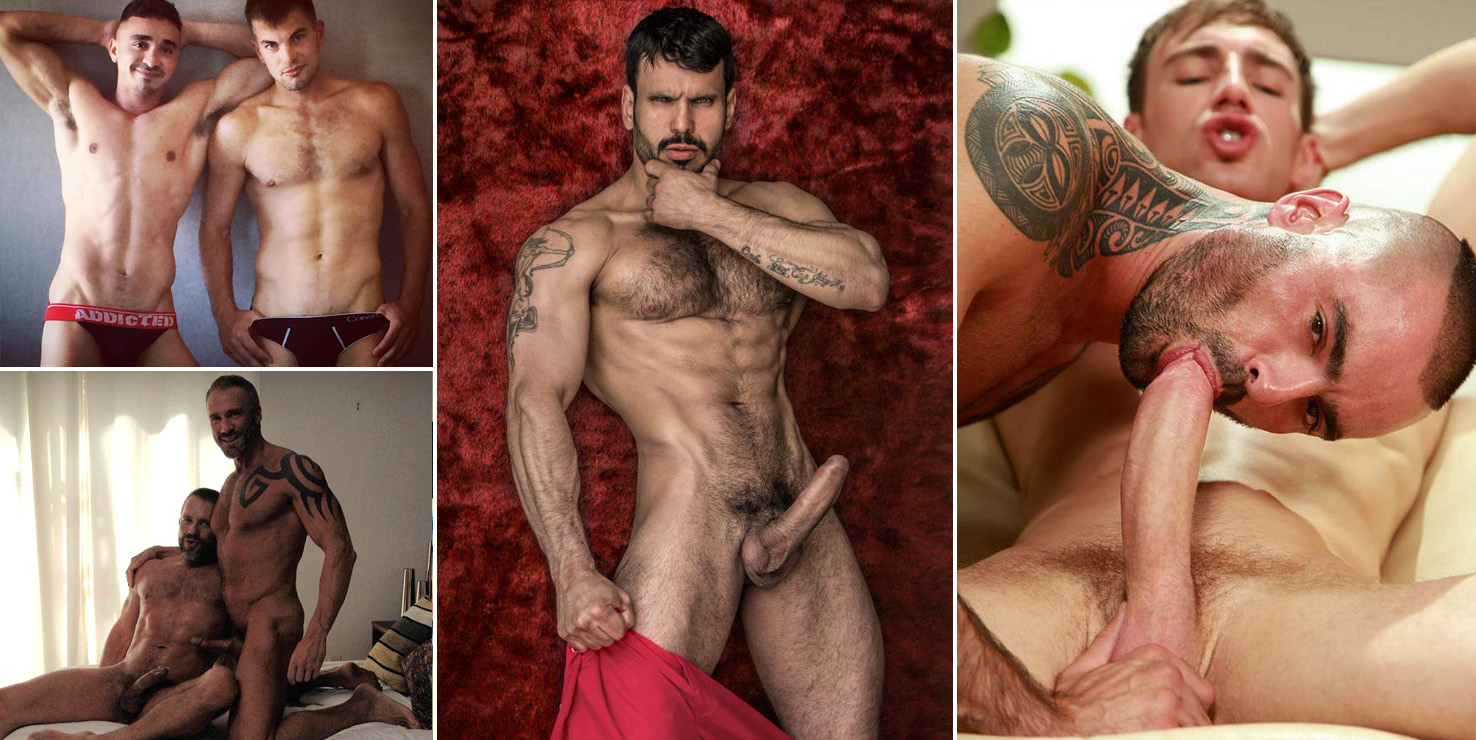 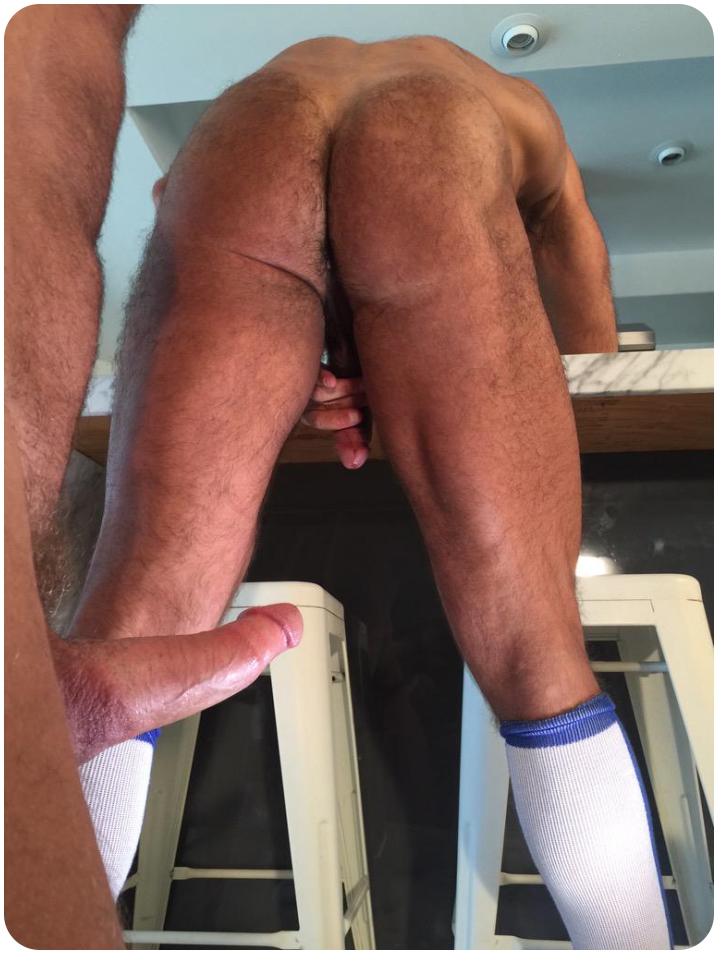 Randy Blue was on fire this week, because the studio filmed new videos with Malachi Marx, Randy Dixon, Brendan Phillips, Dominic Santos, Duke Campbell and Jeff Powers. The guys and RB tweeted many behind the scenes videos and photos. 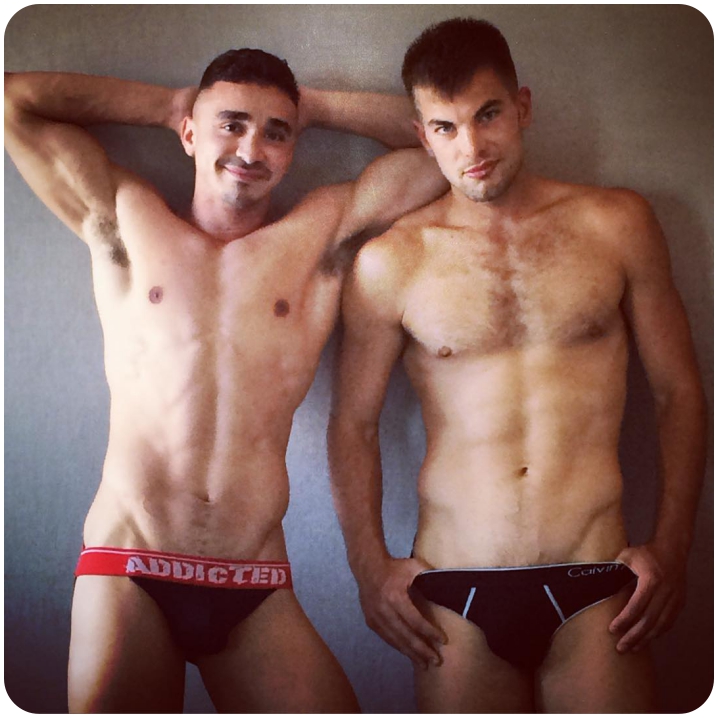 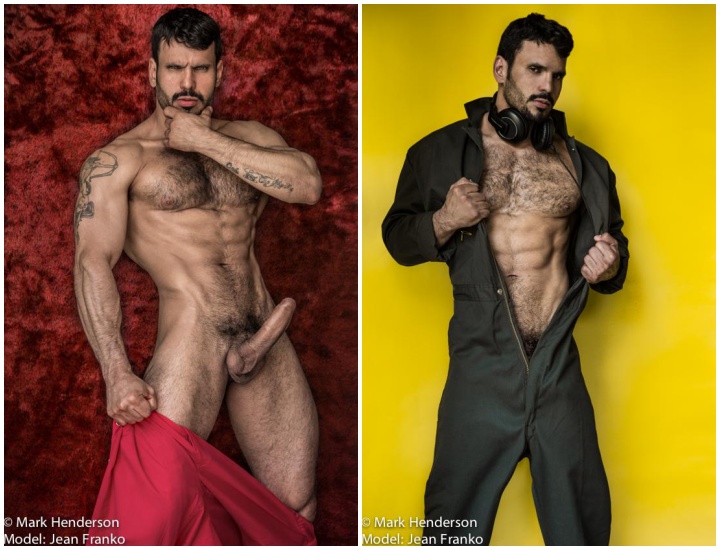 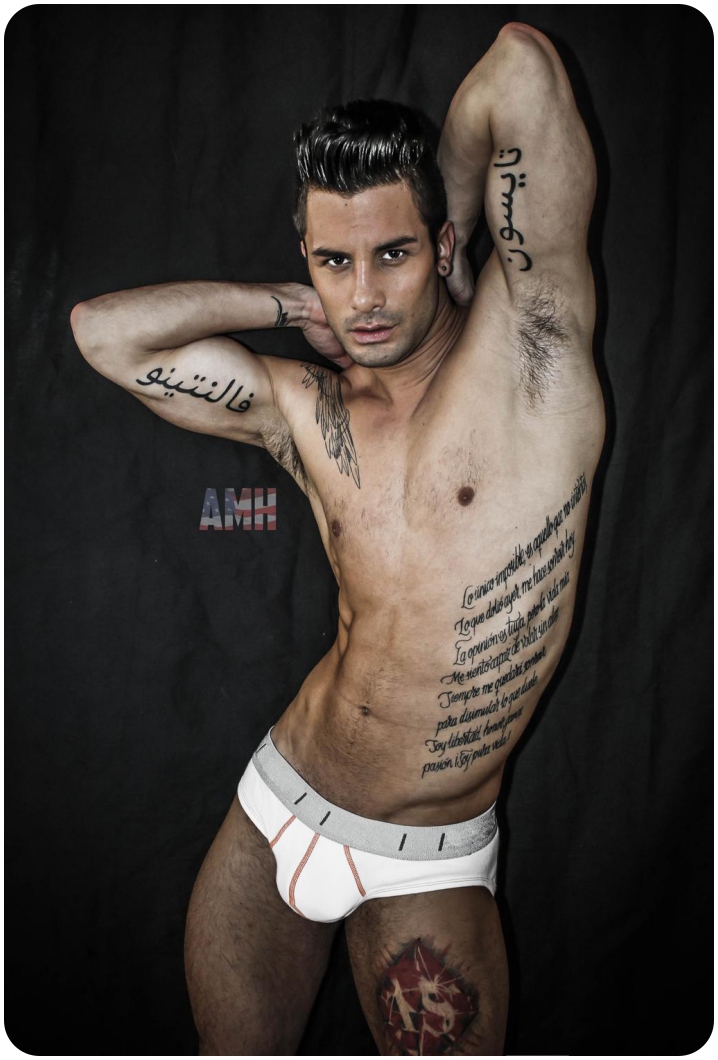 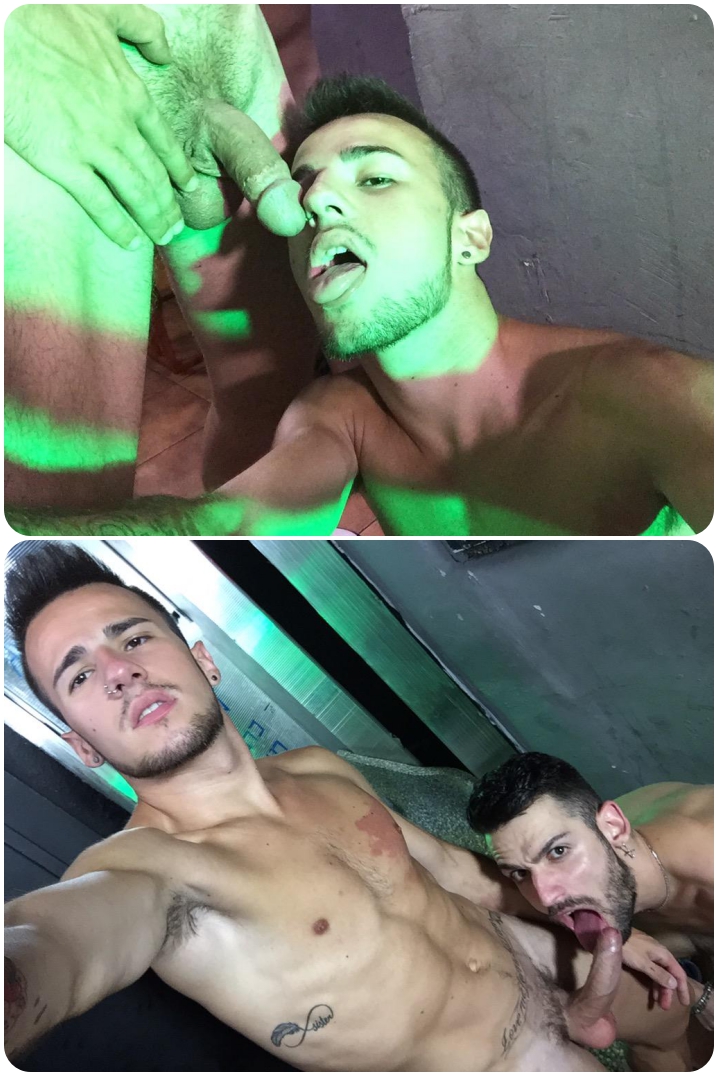 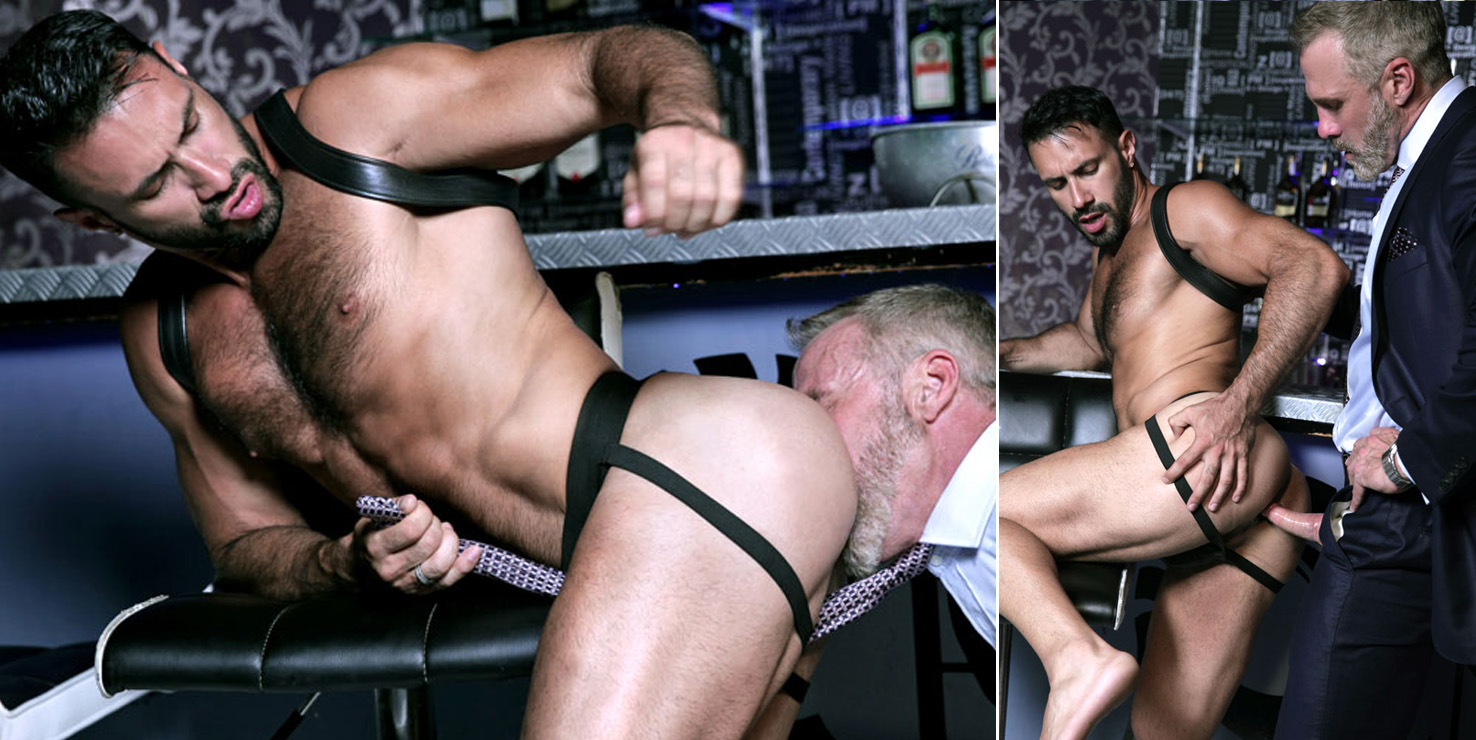 Men At Play has imported former WBBH anchor, Jim Walker a.k.a. Dallas Steele to fuck some of the studio’s finest men. This muscle silver fox fucks Flex Xtremmo‘s mouth and ass in “Pull Up to the Bumper!”

Like a trained puppy Dallas has Flex’s perfect body down on his knees in-front of him without too much persuasion.  Flex just doesn’t want the rimming to end so he reaches through his legs, grabs hold of the business mans hanging tie, pulling it up between his butt cheeks like a leash manoeuvring Dallas’ mouth in to rim that hole over and over. Flex’s Bumper is well and truly serviced but Dallas has a bit of extra poking around to do with his cock making sure that he regains his rightful place as the mighty dominating imposing man that he is.

Dallas has also filmed Men at Play videos with Logan Moore and Robbie Rojo. Click here for some behind the scenes photos! Hot muscle daddy Dallas Steele is in Spain right now filming new videos for Men At Play. He has already shot scenes with Logan Moore, Robbie Rojo and Flex Xtremmo! Follow him on Twitter for more! Brandon Jones and Colton Grey have just finished shooting a scene for CockyBoys. 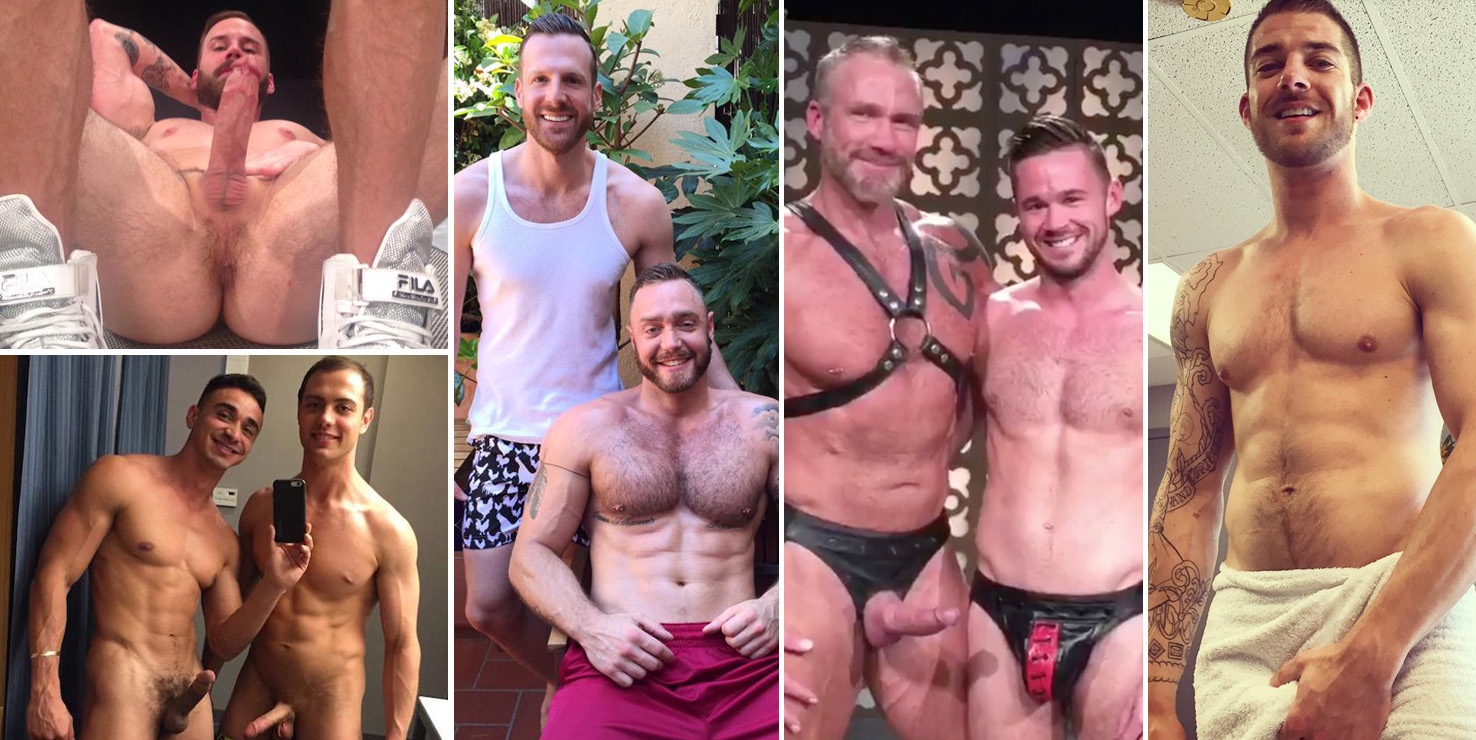 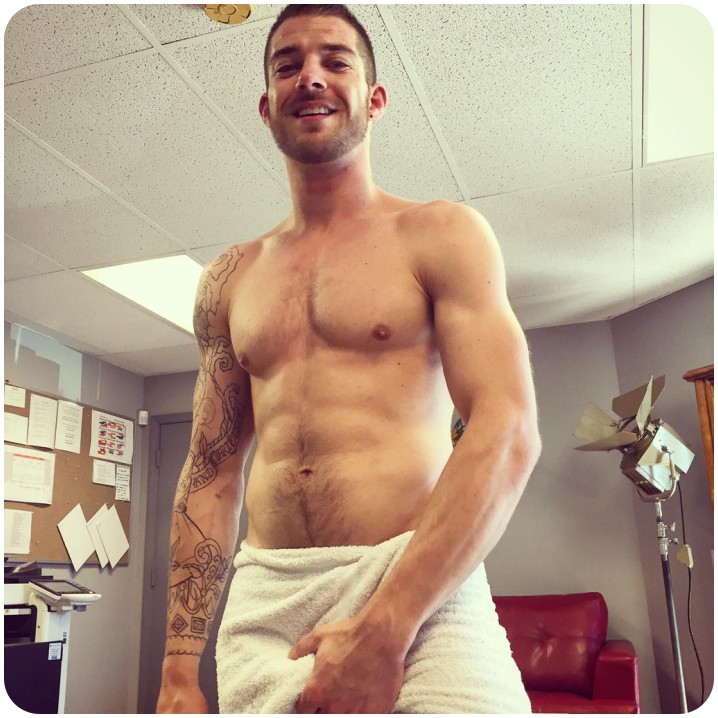 Check out these hot photos and a behind the scenes video of Mike De Marko and Dallas Steele shooting for Fetish Force. Angel Cruz and his hot boyfriend Allen King filmed a new video for CockyBoys. The guys had a great time at the Prowler Awards in London, click here for some photos from the event! I can’t wait to see Andrea Suarez and Mickey Taylor in action at Blake Mason!

Eurocreme has been very busy in the last couple of days, because the studio has filmed new videos with Kayden Gray, Jaxon Radoc, Kimi Monroe and Danny Montero. Tyler Rush took some selfies with his hot scene partner Dallas Steele. They are filming a new video for Bounds Jocks.