Trey Turner just got in from a run and he’s tired and sweaty. He smells his pit and decides he’s in need of a quick shower. Jake Deckard smells his pit and decides otherwise. Jake licks Trey’s armpit and then rubs his head in it, making sure he’s covered in Trey’s sexy scent. Worked up, Jake gets down on his knees and deep throats Trey’s cock. This gets Jake’s cock super hard and it pops out of his pants. Trey drops down and helps himself to a throatful. Trey moves over to the couch and arches his sweet bubble-butt high in the air so Jake can taste his sweet ass. Jake licks Trey’s ass and makes sure that his tongue gets in there good. Trey is ready for Jake’s dick so Jake starts pumping away. He pounds Trey hard and deep in doggie and then missionary, Trey moaning with pleasure. The guys flip and now it’s Jake’s furry ass up in the air. Trey gets a mouthful and then stuffs Jake’s hairy hole full of cock. Jake strokes his raging hard-on while Trey fucks his tight ass. Trey drops a big, creamy load all over Jake’s boner and balls. Jake jerk’s his cummy cock until he blasts a thick cumshot of his own onto his ripped abs. 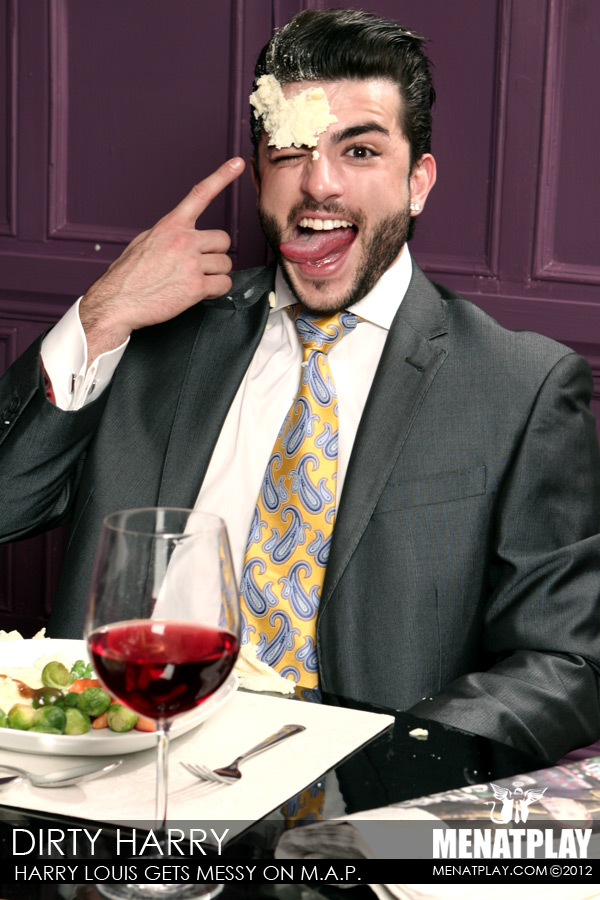 The Boyfriend series returns with stud Ayden Marx and his 10-inch cock boyfriend, Rylan Shaw. These two are passionate, aggressive and clearly keep their relationship alive and fresh with amazing sex!

School dean Jessie Colter isn’t convinced that prospective student Ayden Marx has what it takes to gain admission to his highly prestigious program. Ayden’s records show decent grades, but Jessie’s main concerns are what appears to be his lack of skills and interests. Ayden assures Jessie that he is talented, in fact he’s an amazing masseuse and could practice on Jessie right now…..

Have you ever heard the saying that the way to a man’s heart goes through his stomach? Cook him a nice meal and he’ll make love to you all night long. Hungry bottom boys have a similar saying- “Fuck their brains out and they’ll love you to death!” This is how Seth Knight fell in love with Gabriel Clark on the set of this scene. It was love at first thrust. I don’t think either one of them knew what they were feeling at first but as soon as Gabriel’s hard fucking cock started pounding into Seth Knight’s hungry boyhole – they knew this was the real thing. Gabriel was fucking the little twink so hard that I just stood there and gazed with amazement. If it wasn’t for Seth’s rock hard dick that was screaming “I’m Lovin’ it!!!” I would have considered dialing 911. The harder Gabriel was fucking the more Seth was begging to be fucked harder. At one point, I was pretty sure one of them was about to pass out. They were fucking as if it was the last time they’ll ever have sex again. You can’t fake this stuff. In the end, after Gabriel had covered the whole place with his cum (and drowned Seth in it too), they were both anxious to go at it again. In fact, I’m pretty sure that if Gabriel and Seth lived in the same city, they would be fucking right now as you’re reading this… while watching this scene… which is what everybody should do right now! Get it!

Muscle spitfire Diego El Potro returns to play with your brain in his new dance and jo scene. Seems the powerful little muscleboy Diego had some new moves he wanted to share with you all, and we were only too happy to oblige! Check out his pulse-pounding beat, his toned muscles, hot abs, and backstage private after-party! Diego’s on fire tonight at Powermen.com!

There’s a new man in town. He’s long and lean, hot and cold, and packed with powerful muscle head to toe. He’s Gianluigi Volti, a handsome, sunbaked 27-year old Sicilian muscleman with an extra-long tool and an extra-wide attitude. Ripped and always ready for whatever life throws his way, Gianluigi is something of a loner, and he prefers to take his time, cocksure that he’s well worth the wait. And at the end of the day, when this 5-card stud fires his weapon, it’s quite a load.

Capucci  was last seen in the film “Roughing It” three years ago as a Falcon Exclusive model but he has also appeared on the site in 2007.

Jake Jaxson, owner of CockyBoys says he couldn’t be any more thrilled to be welcoming Capucci back to CockyBoys.

“Last month I launched a new series ‘Once a CockyBoy, always a CockyBoy’ and Tony was on the top of my list,” Jaxson said.

“He’s better looking than ever. He’s matured. He makes me laugh. He’s super handsome, very charming, and is great at what he does. Fans are going to go to enjoy following and watching this new phase in his career. With CockyBoys you will see a whole new side of Tony Capucci.”

Tony’s first solo scene is now live on and in the next couple weeks CockyBoys will be releasing his first action scene in years and it features him topping Jimmy Clay.

“Be on the look out for a Tony fan site that we will be launching soon,” CockyBoys‘ Benny MoreCock said.

“You will get an up close and personal view of Tony with mini docs, his cam shows, and details on his personal appearances. We are even more excited to announce a CockyBoys club tour that will be headlined by Tony and featuring other CockyBoy exclusives Tommy, Jake and Kennedy.”

CockyBoys will be announcing a tour of live venues across the country featuring Capucci beginning in April.

By now you have probably already heard me say the line “Once a Cockyboy, always a Cockyboy!” a million times. Well, it’s true. And this time we brought back Jimmy Clay to prove me right and show everyone how our Cockyboys like to roll. Sometimes it seems as if once our boys are done filming for our site they just disappear from the scene and are gone forever. We’re here to change that idea! “Is there life after Cockyboys?” you might ask? Hell yeah there is! Jimmy seems to be reaping the benefits in his post-Cockyboys career – he showed up driving his brand new and loud convertible and wasted no time picking up Jake Bass and taking him out on a Sunday-funday ride to show him what the good life is all about. These days Jimmy’s hair is a little longer, he has gotten a little wiser, a little bigger, and A LOT hornier than the old Jimmy we used to know! Before Jake had any chance to take in the beautiful scenery of Palm Springs, he found his head berried in Jimmy’s crotch while he was driving his open convertible and the cars were driving by. When you’re a Cockyboy veteran – things like that don’t bother you. You get it on when you want, however you want, and with whomever you want. That’s just how it is. No explanation needed. When they got back from the ride, Jake was hungry for more! Truth is, Jake has been craving Jimmy’s cock ever since he can remember. When I first met Jake and asked him “What Cockyboy do you want to have sex with the most?” he didn’t hesitate for a second. “Jimmy Clay!! Please!!!”, he cried. “I would do anything with him!” If by “anything” he meant choking on his dick, burring his face in his hole before plowing it and then bending over on top of a convertible’s seats to ride on Jimmy’s dick then I think we just made a Cockyboy’s dream come true. And I’m sure Jake wasn’t the only one who had been having that same dream… So dream on, fuckers! This one goes out to all the fans out there who never stop believing in our Cockyboys. Because they will always CUM back!

For over a decade, Rufskin Denim has become more of a lifestyle for its wearers, rather than being just another pair of jeans for them to put on. The Southern California-based brand, which also includes underwear, swimwear, sportswear and accessories, was created to enhance the individuality of the male form, while at the same time, it has redefined the concept of what sexy can look like.

Make sure you visit Rufskin.com and get yourself something sexy…Black Party is coming!

I just couldn’t wait to bring you Delaney’s Serviced video, what with St. Patty’s day so close behind us. Hope you didn’t over do it with green beer!

This is ONE SCORCHING HOT Serviced video! I can’t tell if it is because Brooks is so into it, or because Delaney is so into it. They both just had amazing chemistry!

I think Delaney took the lead, which is not very typical for a Serviced video. Telling Brooks what he likes and to play with his hole. The ass play really got him going.

We got a small amount of toy play. Delaney clearly is just born to perform, but having his back door played with was not act. It’s as if he loved every minute of the whole video, especially busting in Brooks mouth and on his face.

Adam Herst and Jackson Lawless are so horny they look like they’re going to tear each other apart. Jackson peels Adam’s pants down and claws at Adam’s chest as he gags on his thick dick. By the time Jackson gets out of his jeans he’s already hard as nails. After aggressively sucking Jackson, Adam has Jackson lay back on the couch so he can lick his sexy feet. From there it’s on to Jackson’s ass, tonguing it to get it ready for his big cock. Adam fucks Jackson as hard as he possibly can, first from behind and then with Adam’s legs thrown over his head. Jackson’s ass amazingly takes it all and begs for more. The guys flip and now it’s Adam having his hole eaten and fucked! After getting it doggie, Adam flips over and Jackson sucks his toes while he continues to pound him. Adam pops all over his ripped abs while Jackson fucks him. Jackson pulls out and makes an even bigger mess all over Adam’s cock and abs..

Hispanic supers-stud, Jean Franko, gets fresh with British beef boy, Ben Brown during a game of darts while there’s nothing to do in the Tool Men office. Loving his sweaty pits, and hairy bullet nipples, Ben gets to work big time on ravishing his work-mate’s muscled body all over. Plenty of hot cock sucking gets underway with fat shafts of meat being guzzled by hungry mouths. Jean Franko can’t get enough of Ben Bown’s furry, manly ass! On his back, legs spread wide, Jean Franko dives to devour the tight willing hole before him. Gagging for a meat pounding, Ben Brown offers his butt skyward and gets a hard, fast pounding; loosening up his back entrance, ready to take a bucket load of Jean Franko’s spunky man juice all over his ring piece. 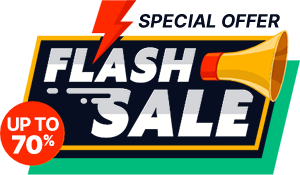 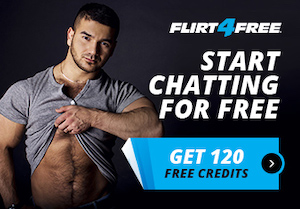